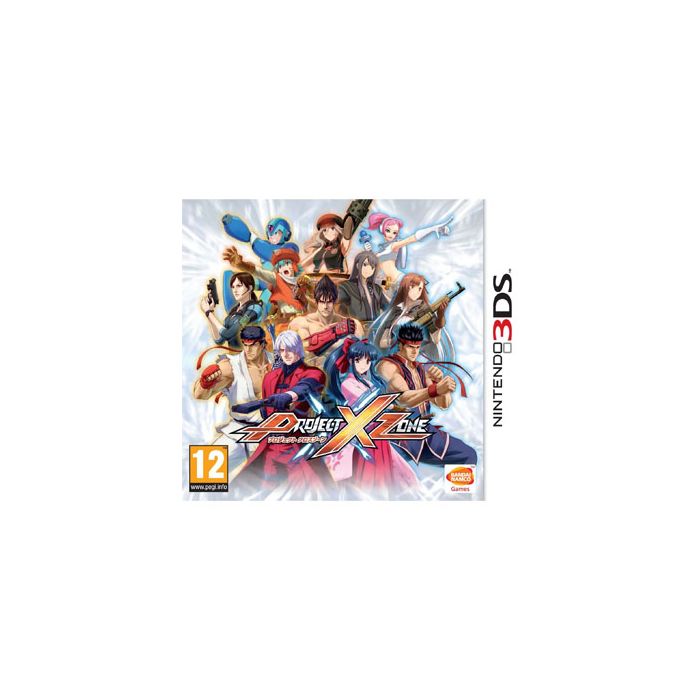 Special Price KWD5.250 Regular Price KWD17.500
Be the first to review this product
Out of stock
SKU
4021
Quick Overview
THREE GAME MAKERS TEAM UP FOR THE ULTIMATE CROSSOVER! Capcom, Sega, and Namco Bandai Games are kicking off the ultimate crossover project! PROJECT X ZONE for the Nintendo 3DS is a strategy RPG that features most beloved game characters working together to fight off foes in a world that mixes together scenes from games released by all three publishers.

THE BIGGEST BATTLE IN GAME HISTORY IS ABOUT TO BEGIN!

When a rift in time and space suddenly appears, a doorway to various universes is opened allowing both heroes and villains from different worlds to cross paths. Players will be able to take control of a huge selection of paired heroes including favourites such as Jin and Xiaoyu (TEKKEN), Toma and Cyrille (Shining Force EXA), to X and Zero (Mega Man X) and discover the cause of the rift and stop evil from coming through and spreading into their world.

UNIQUE TACTICAL GAMEPLAY: Control the Cross Active Battle scene with the Control Pad and A Button, linking your moves together to form combos. It's a simple system that allows for a wealth of strategy, letting both beginners and seasoned players get the most out of the action.

CREATE YOUR TEAM AND JOIN THE BATTLE: In Project X Zone players will use a team of two characters known as a Pair Unit to explore the world within the game. An additional character known as a Solo Unit can be combined with the Pair Unit to assist in battles.

NEVER SEEN BEFORE CUT SCENES mixing all your beloved characters.