KWD399.900
Be the first to review this product
In stock
SKU
30915
Brand
AOKZOE
Quick Overview

We present you AOKZOE A1, the machine exclusively designed for portable gaming, powered by the award-winning CPU AMD Ryzen™️ 7 6800U Processor. If you crave smooth-as-silk, superior gaming, this performance beast is the only way to go! 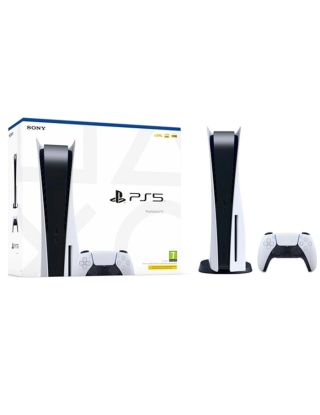 Featuring 8 Cores and 16 Threads - along with 4MB of L2 cache and 16MB of L3 cache - AMD Ryzen™️ 7 6800U Processor guarantees the strongest gaming computing power. Its potential frequency is as high as 4.7GHz.

AOKZOE A1 features an 8-inch Full-HD IPS Display with 1920 x 1200 resolution. The pixel density peaks at an impressive 283 PPI. AOKZOE did not go for the typical 7-inch screen or larger 8.4-inch. The 8-inch screen is widely praised among insiders for the overall balance of the weight, portability and visual presentation.

Memory speed is as important as any other feature. Only with high frequency memory can the potential of AMD Radeon 680M Graphics be fully realized. Now enter LPDDR5-6400MHz.

Gaming is fun. Your gaming console should be too. The symmetric RGB Breathing Lights give a vibrant look that adds style and shine. The lights can be personalized by pressing key combinations, and gamers can open the light bar to switch between different light modes. There are 3 modes and 20 additional light effects, so you can turn game time into showtime!

Unlike others, we don’t just use “portable” as a marketing slogan. AOKZOE strikes the balance between battery life and weight. The standard version of AOKZOE A1 weighs a mere 668g, which is about the same as the 7-inch Steam Deck but with longer battery life. The long range version, on the other hand, carries 65Wh（17100mAh) battery and weight only 729g.

In addition, we put in place a pure aluminum cooling fin and a pure copper cooling pipe. Throw in the help of a smart temperature control system, and the overheating problem can be overlooked for good.

We went all in and employed Wifi 6 for data transmission. Meaning you’ll be able to download Elden Ring within 15 minutes. It’ll probably take longer for you to decide your character class than it will be to download.

Despite the impressive array of features mentioned, we know that it’s not enough. External accessories take their own precedence. That's why we embedded 2 USB 4.0 ports, 1 USB 3.0 ports and 1 headphone jack. To account for more use cases, there is a usb4.0 port provided for possible docking stations, at the bottom of the device.

Two sets of front-facing stereo speakers simulate a 3D sonic effect. Absorb the AAA Games as if they came into the real world.