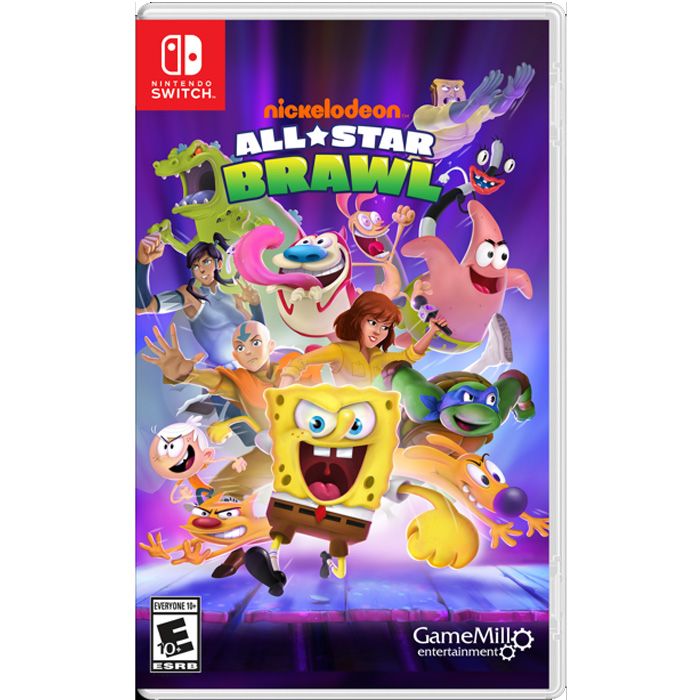 Nickelodeon all Star brawl brings together your favorite nickelodeon characters for one bombastic battle. With a power-packed cast of heroes from the top shows within the nickelodeon universe, face-off with All-Stars from spongebob squarepants, teenage mutant Ninja Turtles, the loud house, aaahh!!! Real monsters, avatar, the wild thornberrys, Hey arnold!, rugrats, and many more to determine ultimate dominance. With unique move sets and attacks drawn directly from their identifiable personalities, each character has its own style of play enabling endless hours of enjoyable action for nickelodeon's Legion of fans.

20 themed levels like Jellyfish Field from the Spongebob Squarepants series, Technodrome from Teenage Mutant Ninja Turtles series, plus many more!

Battle your friends locally with up to 4 players simultaneously