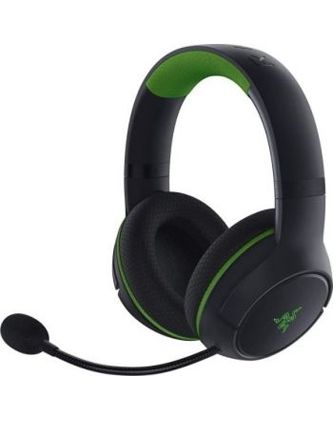 Take your competitive advantage to the next level and exert true console dominance with the Razer Kaira for Xbox—an Xbox Series X|S wireless headset that offers superior audio immersion with our most powerful drivers ever, and crystal-clear voice comms with the best headset mic we’ve ever designed.

Our all-new patented design allows our engineers to custom tune each driver as though there are three—allowing for the individual replications of high, mid and low audio frequencies to deliver richer trebles, brighter sound and powerful bass.

Offering greater speech pickup and noise cancellation, the bendable mic on this Xbox Series X|S wireless headset has an optimized microphone housing which adopts a more open design for minimal obstruction—resulting in improved clarity for a closer recreation of your voice.