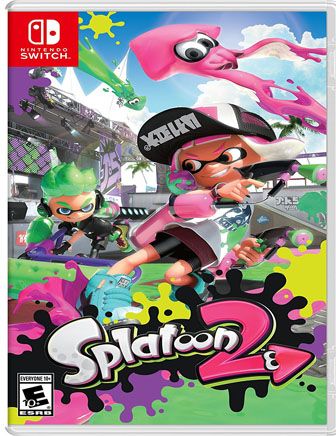 KWD18.900
Be the first to review this product
In stock
SKU
10044
Brand
Nintendo
Quick Overview
Splatoon 2 - Nintendo Switch About the product New weapons - New dual-wielding Splat Dualies join the action, complete with a new Dodge Roll move. Mainstays like the Splat Roller and Splat Charger have also been remixed to include new gameplay mechanics and brand-new special weapons. Local and Online Multiplayer - In a first for the series, compete in local multiplayer Turf War battles, whether in TV mode or on-the-go in handheld or tabletop modes. Online battles also make a return.;Number of Players: up to 8 players; ESRB Content: Cartoon Violence; Genre: Action New ways to play - Play using the Joy-Con controllers or the Nintendo Switch Pro Controller, both of which allow for gyro controls for better aiming and control. Smart Device Support - An upcoming smart-phone application for the Nintendo Switch system will enhance matchmaking and allow for voice chat options. Turf War - Iconic 4 vs. 4 Turf War battles return. The goal is to splat ink on as much territory as possible, while strategically submerging yourself in your team's colors and blasting your enemies.

The squid kids called Inklings are back to splat more ink and claim more turf in this colorful and chaotic 4-on-4 action shooter. For the first time, take Turf War battles on-the-go with the Nintendo Switch system, and use any of the console’s portable play styles for intense local multiplayer1 action. Even team up for new 4-player co-op fun in Salmon Run!

Two years have passed since the original Splatoon game was released, and two years have also passed in Inkopolis! So expect a fresh wave of fashion, not to mention new weapons and gear. Dual wield the new Splat Dualies or stick to mainstays like chargers and rollers, which have been remixed with new strategic possibilities. As always, Turf War is the favored sport among Inklings, but they also dig ranked battles, taking down Octarians in a robust single-player campaign, and battling enemy Salmonids in one dangerous part-time job! No matter which way you play, splat at home or on-the-go with Nintendo Switch. Staying fresh never felt so good. 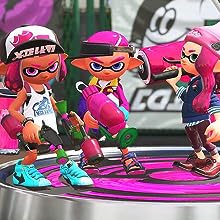 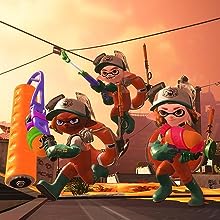 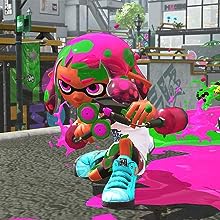 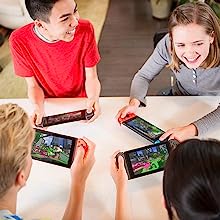 Team up in fierce 4-on-4 multiplayer battles* to see which team can cover the most turf with ink.

2-4 players* can team up for co-op fun and defeat waves of enemy Salmonids.

Dual wield the new Splat Dualies and avoid getting splatted with the new Dodge Roll move. Mainstays like the Splat Roller and Splat Charger have been remixed to include new gameplay mechanics, and all special weapons are brand-new..

In a first for the series, compete in local multiplayer Turf War battles*, whether in TV mode or on-the-go in handheld or tabletop modes. Online battles also make a return.** 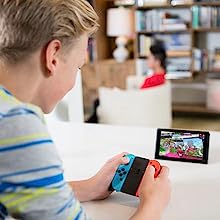 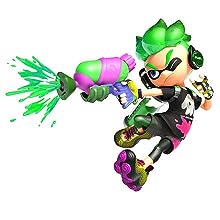 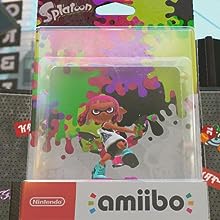 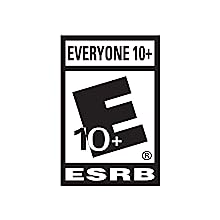 Play with the Joy-Con controllers or the Nintendo Switch Pro Controller (sold separately), both of which support motion controls for better aiming.

Similar to the Splatoon game for the Wii U console, updates will roll out post-launch, adding new content and in-game events.

Compatible with all Splatoon series amiibo figures. By tapping these amiibo, the figure's character will appear in the game and befriend players. Befriend an amiibo character and they will remember favorited weapons, gear, outfits and option settings.